The Problem with Minimal Encouragers 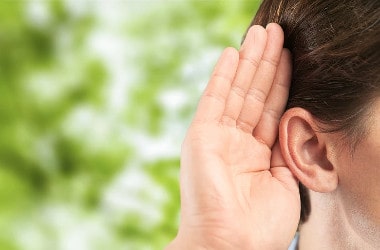 When thinking of what constitutes a good listener, minimal encouragers are likely to come to mind. If you don’t know what ‘minimal encouragers’ are, you likely are familiar with hearing or saying them. Minimal encouragers are utterances such as: “Mhm,” “yeah,” “oh,” (nodding of the head), and a favorite in Wisconsin: “interesting.” A “minimal encourager” is a brief vocalization during a one-on-one conversation, which no doubt indicates you are attending to what the speaker is saying… except for those times when maybe you’re not.

Now, certainly, it’s not wrong to nod and coax a conversation along by adding an “mhm” or “interesting.” However, if we are creating the illusion of listening, that could be a concern.

Imagine a colleague talking to me about a change she is trying to implement in her school to better support students. She says, “It is just so hard to get others to understand this student need.” I could reply, “Yeah,” to show that I’m empathizing and listening. Or, I could add meaning to the conversation by saying, “It’s like you’re swimming upstream.” Now we both are on the same page with how exhausting the situation is. If I want to offer advice, I can more easily do it after I have effectively shown I can truly understand her situation.

Reflection statements provide a vital check-in time for the speaker to clarify the meaning of statements for the listener, moving the conversation to a place of clarity and depth. “Reflective listening is the primary skill on which MI is built. It is the mechanism through which practitioners express their interest, empathy, and understanding of clients” (Rosengren, 2009). It’s not enough for a listener to hear or focus on what was said. When listeners practice using reflection statements in addition to – or in place of – minimal encouragers, they fine-tune their skill set to more successfully move conversations forward.